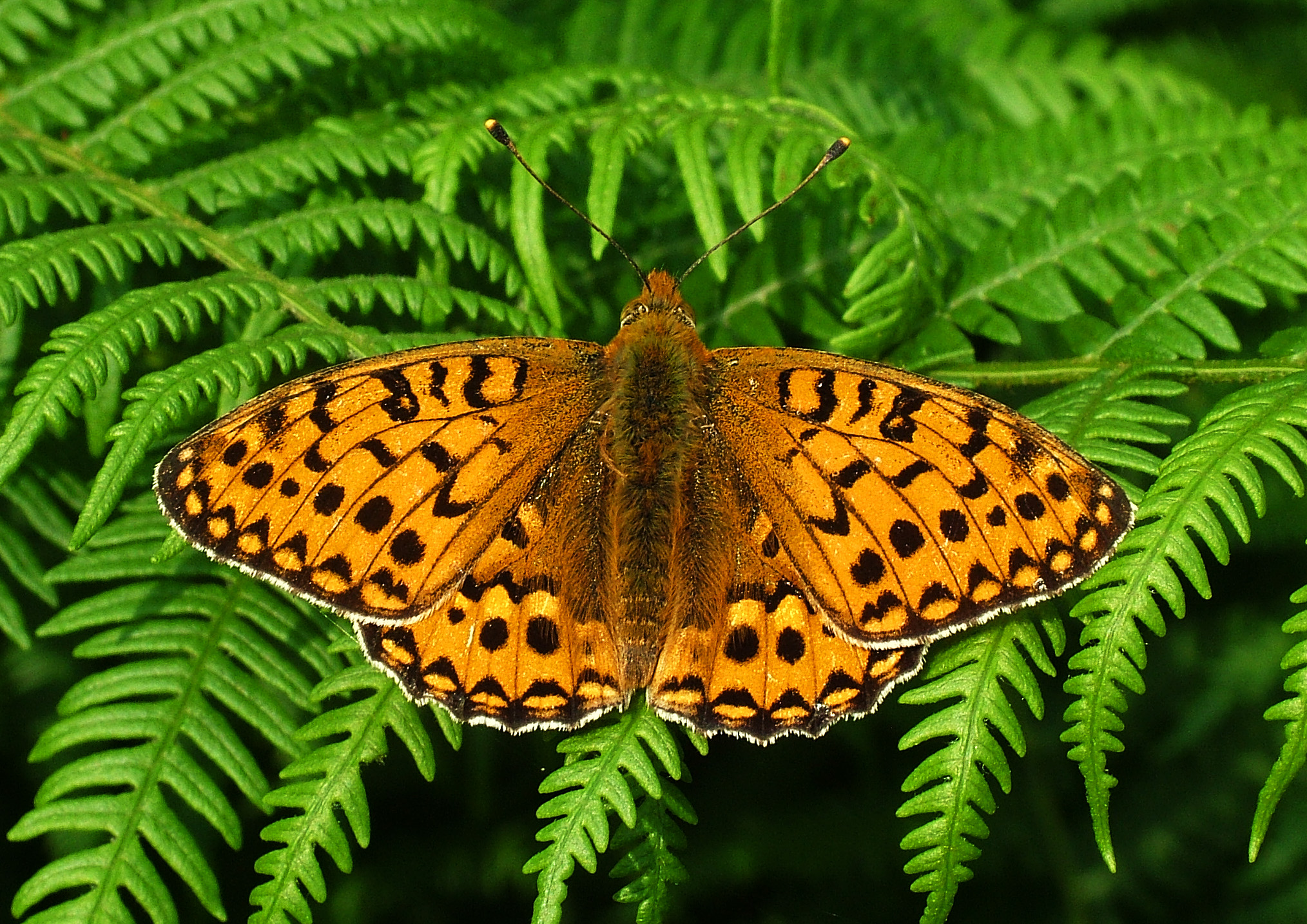 The High Brown and Pearl-bordered Fritillaries are currently known from 47 sites from 39 sites in the area respectively. Both species have been lost from a number of sites since the early 1990s, while transect data indicate that, nationally and regionally, both species are declining both numerically and in terms of the number of sites that they occupy. The larvae of both of these fritillaries depend on violets growing in warm conditions and breeding is largely restricted to plants growing amongst bracken litter or on moss-covered rock surfaces that are readily heated by direct sunlight. Suitable conditions are found in coppiced woodland, sunny bracken-covered slopes and limestone grassland/scrub/pavement habitats.

Lack of appropriate management, either coppicing/ride management in woodlands or agricultural abandonment on bracken, grassland/pavement sites have been identified as key factors in the declines suffered by these rare butterflies. On a positive note, at least half the remaining sites are protected or owned by conservation organisations and, where these are managed with fritillaries as a key objective, populations are either stable or have increased. Conversely, there are many sites where only limited conservation action has been taken and, in general, these are the sites where declines have been most pronounced. Accordingly, Butterfly Conservation applied to GrantScape for Landfill Tax funding in order to initiate or improve conservation management at twenty-seven sites within the Morecambe bay area. Our bid was successful, meaning that we are now able to spend over Ł100k on management of key sites! Funds will be spent on coppicing, woodland ride management and scrub/bramble clearance on grasslands.

Coppicing involves cutting a block of trees or shrubs (often hazel) at ground level and allowing several or many shoots to regenerate from the resulting stumps. Following cutting, huge numbers of violets often appear and conditions remain favourable for butterflies for around 2-5 years until the shrubs regrow and the habitat gradually becomes too shaded to support butterflies once more. The aim is to cut different areas on an annual basis with the aim of ensuring that new habitat is always available for butterflies to colonise as other areas become unsuitable. Widening woodland rides creates additional habitat and, more importantly, ensures that butterflies are able to move easily to new breeding areas within the wood. Clearing scrub from grassland is also important, as without this type of management many sites would be lost to dense stands of hawthorn, blackthorn, gorse and bramble before ultimately reverting to high forest – suitable for only a very few, generally common butterfly species.

The project will run for four years and work has already commenced at a number of sites. Even though the project is still in its infancy, Butterfly Conservation is already looking towards the future. Although the money spent will benefit key species in the short term, there are clearly longer term issues that need to be addressed. Scrub, bramble and trees grow back all too readily and without further work all the woodlands and grasslands earmarked for management during the project will rapidly deteriorate once the four year period is over. Seeking further funding will be a priority within Northern England but, particularly in the light of the current economic climate, this is by no means guaranteed. It is therefore our aim to develop volunteer networks to build upon work currently being undertaken by contractors. Several work parties have already been organised and there are more in the pipeline. If YOU would like to lend a hand with these, or to help with a Pearl-bordered Fritillary survey (scheduled for spring 2009) please contact Martin Wain (01524 389361) or Email: